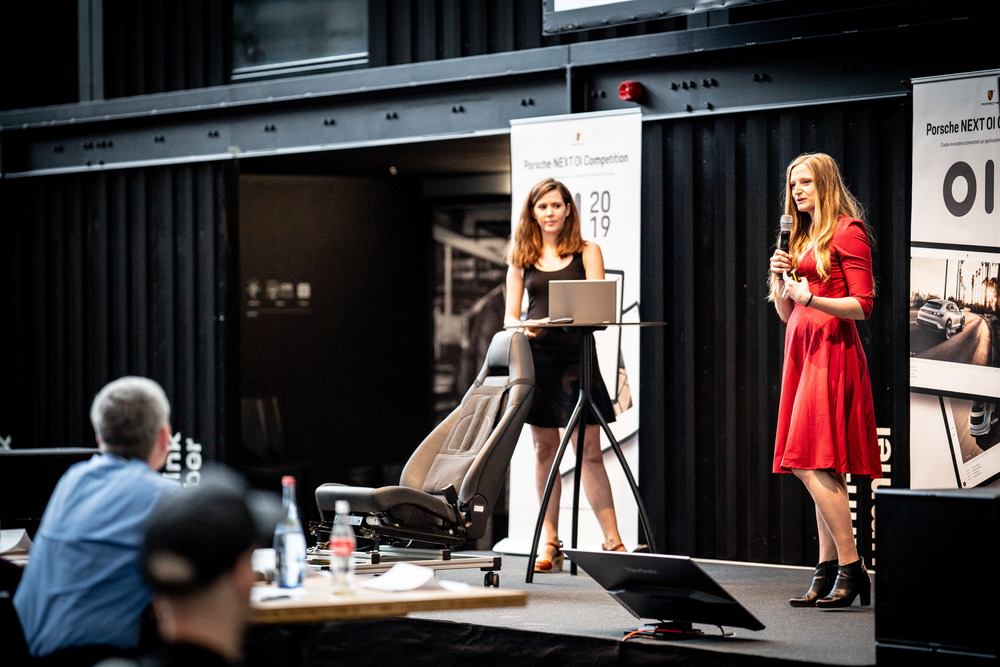 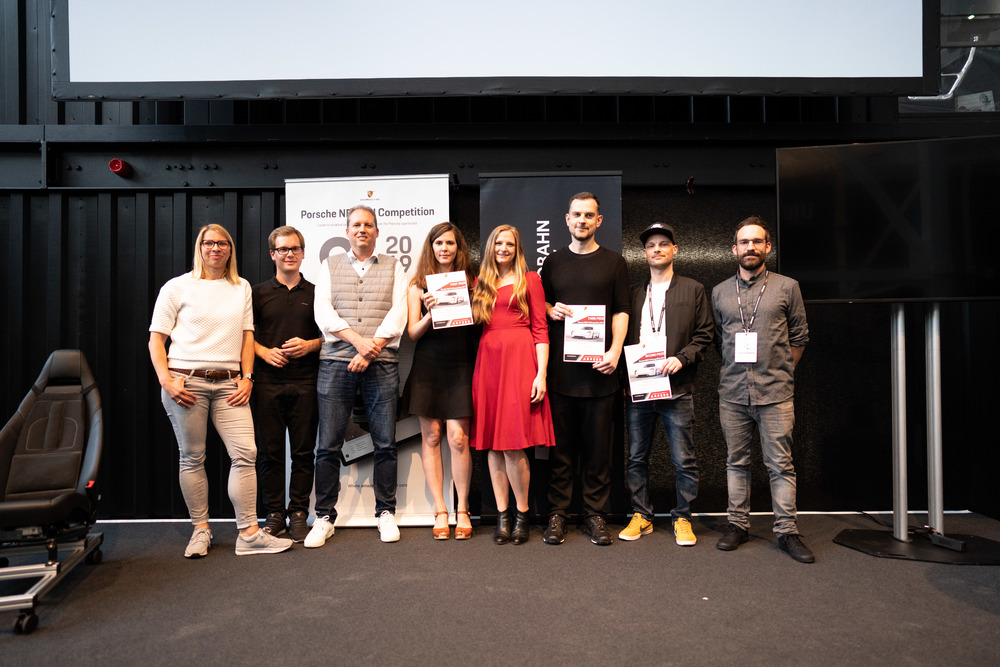 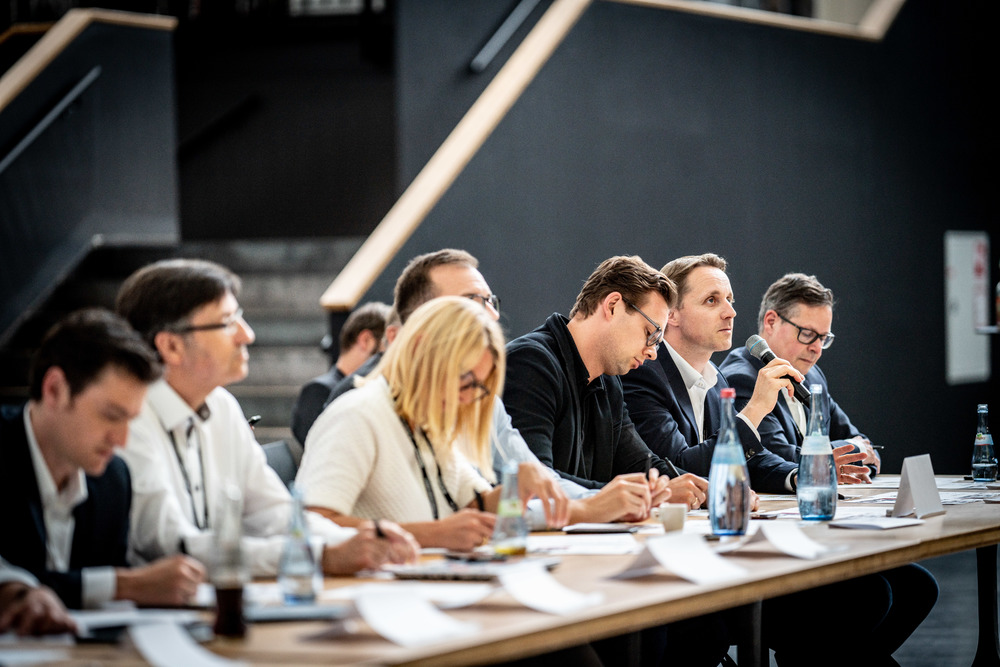 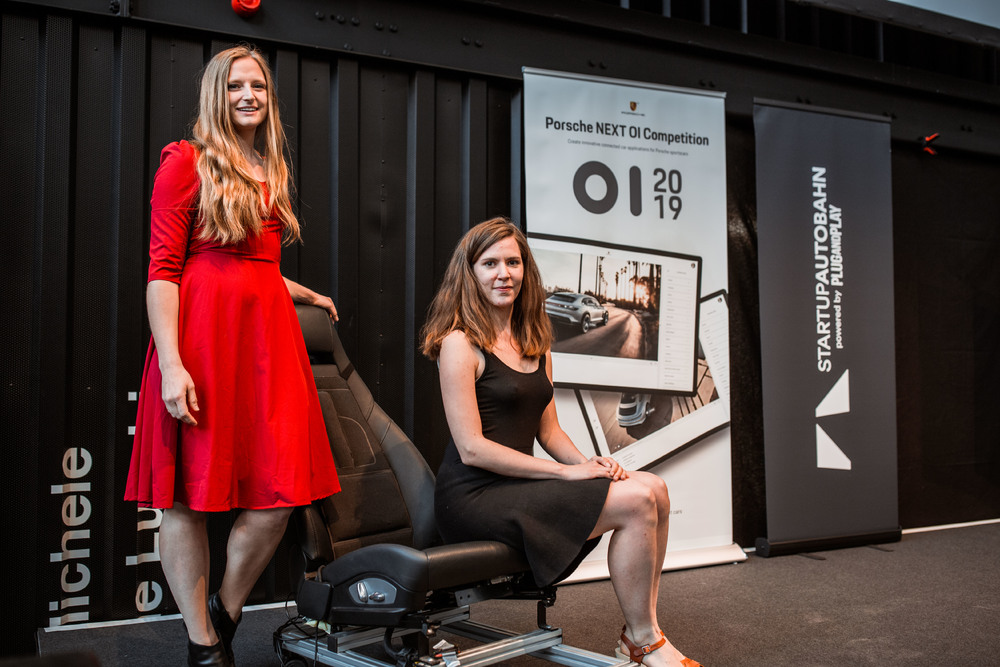 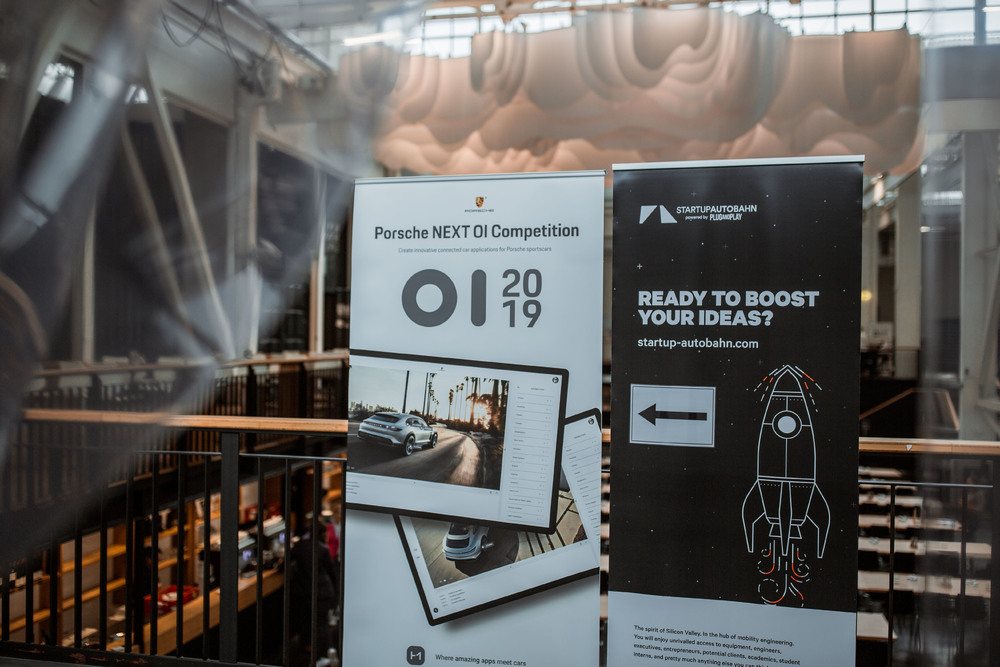 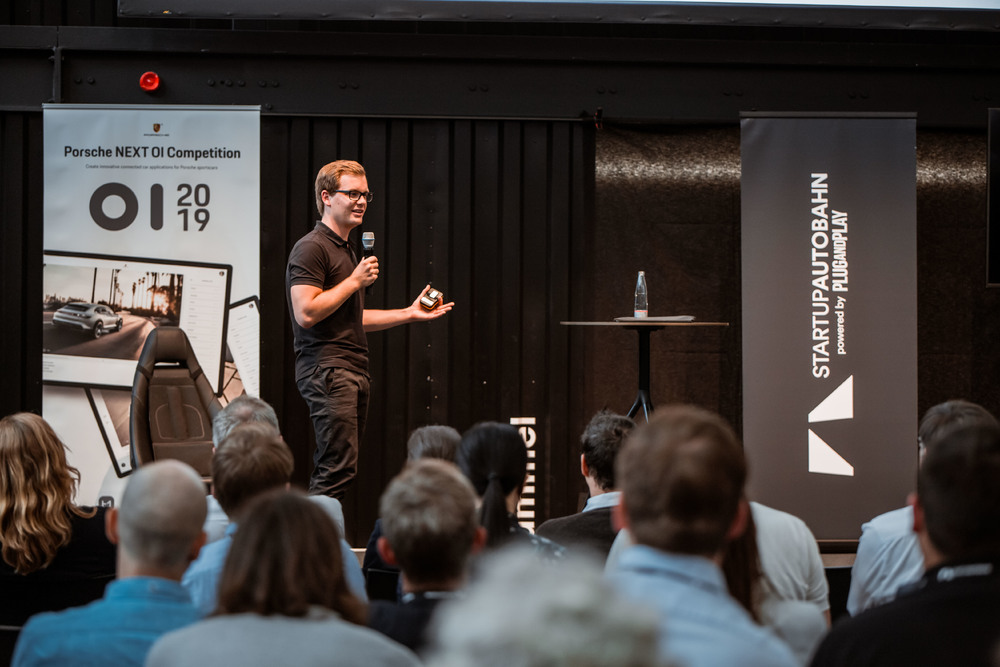 Stuttgart . Driving with feeling: the start-up “GHOST - feel it.” has won the second edition of the “ Next Open Innovation Competition” with a technology that could give the driver haptic feedback on his driving performance in the future. The team thus came out top amongst a field of more than 150 submitted projects. Five teams from Germany, Switzerland, UK and the US took part in the finals last week at ’s Digital Campus in Ludwigsburg near Stuttgart.

“GHOST – feel it.” was established in 2017 by neuroscientist Isabella Hillmer and engineer Laura Bücheler. The Berlin-based start-up deals in improving interaction between humans and machines. It focuses on technology for expanding human perception, for example giving amputees feeling in their prostheses. As part of the innovation competition, the winning team integrated this technology into seats. Consequently, drivers can feel in their backs how to drive their vehicle in the best and safest way.

“It was an honour for us to be able to showcase our product to so many decision-makers within the industry who actually shape the future of driving”, explains Laura Bücheler, co-founder of “GHOST – feel it.”. “We look forward to launching a project together with Digital Lab as soon as possible to meet the demands of drivers and see our technology in action.”

The “ Next Open Innovation Competition” 2019 is the second edition of the open innovation competition for digital development, organised by in cooperation with Berlin-based technology start-up “High Mobility”. The theme this year was applications relating to the sports car of the future. The participants were granted access to more than 300 data sources and functions of a vehicle for two months to design, develop, virtually present and be able to test their own applications.

“The “Next OI Competition” once again confirmed how valuable it is for a company to be open to new ideas and inspiration from the outside world. Thanks to initiatives like these we are further enhancing the ecosystem”, says Andy Grau, Innovation Manager at and “ Next OI Competition” project manager: “We will continue to work with the top three teams.”

Top three teams develop their solutions further in collaboration with
Apart from the winning team, the teams finishing second and third will also have the opportunity to evolve their ideas together with . “Way Ahead Technology” by Roger Rueegg and Dominik Stocker from Switzerland finished in second place. Their app tracks, documents and visualises routes live and in 3D. It enables augmented reality functions for head-up displays and virtual cockpits: for instance, virtually extended lane markings you would otherwise not be able to see when driving at night.

A UK-based team finished in third place: Nikita Dedik, Alex Urbanovich, Valeriy Britaus and Kirill Khomko and their “Road.Travel for ” app. The solution is based on existing offerings. It consists of an online platform that combines planning and booking trips with exchanging travelling experiences.

will be attending the NOAH start-up conference in Berlin between 13 and 14 June. In line with the “Next Visions. Change the game – Create tomorrow“ slogan, the Stuttgart-based sports car manufacturer will be exchanging ideas with founders and other companies. intends to use this opportunity to continuously enhance its network of partners, so they can shape the future of the sports car together. The company and the winning team will also give an insight into the “ Next OI Competition” 2019 in Berlin.


Further information, film and photo material in the Newsroom: newsroom.porsche.com

Further information and pictures for journalists and media representatives can be found on the press database at http://presse.porsche.de/.