This website uses cookies. We do this to better understand how visitors use our site and to offer you a more personal experience. We share information about your use of our site with social media and analytics partners in accordance with our Privacy Notice.
Models
Menu
Menu
Models
Shopping Tools
Shop & Services
World
Diesel Engine Settlement
Login & registration
usa.com
My
Quick Links
The new Search Inventory Build your - Car Configurator Find a Dealer Compare Models
News 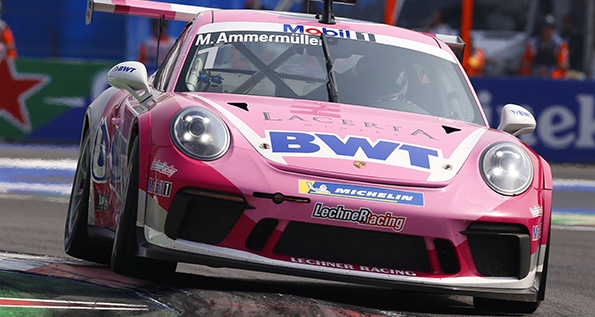 A perfect end to the Mobil 1 Supercup season for Michael Ammermüller (BWT Lechner Racing): On Sunday in Mexico City, the German won the tenth and final race. At Saturday’s penultimate round, Ammermüller had already secured the championship title for the third time in a row. “That was an incredible weekend with two pole positions, two wins and, of course, the title. I lost the start against Güven, but I was ultimately faster than him and managed to push through,” said Ammermüller. Behind his 485 hp 911 GT3 Cup, Ayhancan Güven (TR/martinet by ALMÉRAS) and -Junior Jaxon Evans (NZ/Fach Auto Tech) crossed the finish line. Big celebrations for Roar Lindland (N/pierre martinet by ALMÉRAS) in the ProAm class: Third place in the race was enough for the Norwegian to take home the title in his class.

After the start, Güven initially lead the field after the 21-year-old squeezed past pole-sitter Ammermüller at the first corner. However, the newly-crowned champion underlined why he is the measure of all things this year. Corner by corner, Ammermüller reeled in his opponent to finally sweep past him in the fourth lap. The 33-year-old then pulled clear of his pursuers and, after 16 laps, took the flag in first place for the fourth time this season. The new rookie champion Güven concluded his maiden season in the international one-make cup with his fifth podium result. “Michael Ammermüller was simply faster than me. Second place overall in my debut season is a super result,” said Güven.

The battle for third was fierce on the 4.304-kilometre Autódromo Hermanos Rodríguez. For much of the race, Mikkel Pedersen (DK/Dinamic Motorsport) looked a likely contender for the third podium spot, however the two -Juniors Julien Andlauer (F/BWT Lechner Racing) and Evans as well as Dylan Pereira (L/Momo Megatron Lechner Racing) were constantly on the lookout for a chance to overtake. The final scene played out in the twelfth lap. Pedersen fended off an attack from Andlauer, both vehicles touched – Evans and Pereira grabbed the opportunity to pass them both. “My start wasn’t perfect, but I managed to work my way up the field. It feels great to finish the season on the podium. It was an intensive year and I learned a lot,” said Evans. Thus, the order over the line was Evans in front of a strong Pereira, Andlauer and Pedersen. “When I tried to overtake, my car and Mikkel Pedersen’s touched unfortunately, and that was the decisive moment,” analysed Andlauer.

Seventh place went to Marius Nakken (N/Team Project 1 – Fach), with Florian Latorre (F/Fach Auto Tech) taking the flag in eighth. In the ProAm class, Philipp Sager (A/Dinamic Motorsport) came first ahead of Stephen Grove (AUS/Team Australia) and Lindland. Racing in front of home crowds, Ricardo Sanchez (MRS Cup-Racing) finished on 18th. For the MRS driver from Toluca, Mexico, this was his first race weekend in the Mobil 1 Supercup. The Formula 2 driver, Tatiana Calderón (CO/Team Project 1 – Fach), also made her debut in the international one-make cup. At one point, however, the Formula 1 test driver had to come into the pits with her 911 GT3 Cup after a collision. She concluded the race on P24.

In the final standings, Ammermüller ranks first with 150 points. Güven (124 points) and Junior Andlauer (118 points) round off the top three. Güven also leads the rookie classification with 124 points. With 172 points, Lindland is the champion of the ProAm class. The BWT Lechner Racing squad from Faistenau (Austria) scored 268 points over the season to score the team title.